Hey there! This article was written in 2008.

It might not have aged well for any number of reasons, so keep that in mind when reading (or clicking outgoing links!).

Okay, SO, I'm totally throwing myself a party in my honor, and to add pride to pretentiousness, I want everyone to check out the invitation and mark whether you're coming or not so I know how much to pat myself on the back for a party well-thrown.

My birthday party on April 26th went over extremely well. The people meshed well and we had a wonderful time. It all started with Aaron and Allan arriving shortly after 7:00a. We ate at Chipotle, picked up a volleyball, and wandered around campus before heading to the beach. 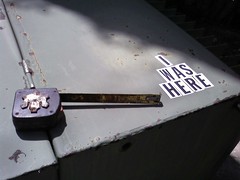 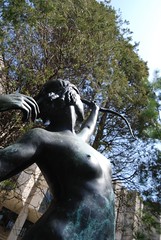 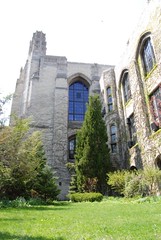 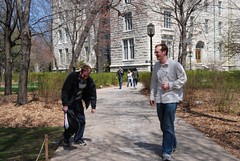 At the beach, we played foxtail, flew a kite, and when enough people arrived, we played volleyball for a couple of hours. That was a good time, and an inside joke from that time is the source from which the title of this entry originated. 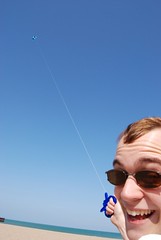 As evening came, it was decided that we should go check out the big pile of dirt that was arbitrarily located at the south end of the beach. More fun ensued (primarily for the guys, but we eventually convinced the girls to join us). 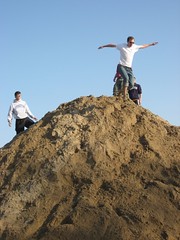 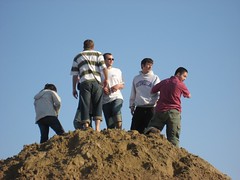 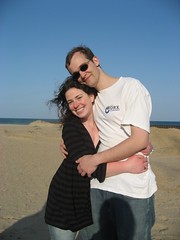 Some of my crew left, and we headed to Andrea's apartment for pizza. Unfortunately, we experienced a significant delay getting from the first floor to the third floor.

Update -- There will be no videos for a while; my cell phone is no longer generating videos with playable audio. I mean, there's audio, but no free software nor service supports the audio codec, called QCELP. Thanks for NOTHING , software patents.

Until there are videos, I'll just explain that the elevator was incorrectly rated up to 2,000 pounds, and it ground to a halt just before reaching the third floor. We were rescued after about 45 minutes. 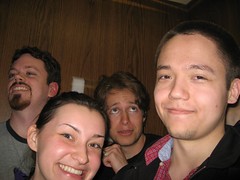 Eventually we got out of the elevator; the firemen took down our names and told us not to collectively weigh more than 2000 pounds ever again, although we're certain that 10 people, each weighing less than 200 pounds, shouldn't have caused the elevator to stall.

Pizza was awesome, Lock was awesome, and then we went to Prairie Moon. This birthday party was exactly the experience I needed. Thanks everyone!

A group shot of the remnant prior to Prairie Moon: 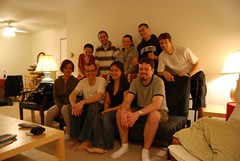